Salah Mejri, a humungous pivot, became the first Tunisian to ever play in the NBA in October 2015; unfinished product on both ends but is a tremendous presence in the paint, runs the floor well and has a very decent touch out near the foul-line; swift feet – times swats well and recovers quickly for a guy of his stature; can Mejri keep up w/ a fast pace, help set an aggressive tone on both sides? – DAL is shifting towards a quicker play style; designated watch dog? – do the Mavs finally have the interior sewed up w/ Nerlens Noel & Young* Mez? – could easily be the franchise’s best defensive combo since their championship run in 2011 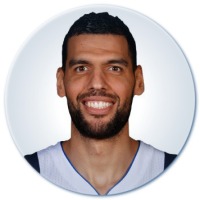