The NBA’s All-Star Weekend just concluded and we’ll soon be entering the point in the season where contests actually matter; teams are jockeying for that prime and elusive playoff position, hoping to earn a favorable matchup that can propel them to a solid playoff run. Within the entanglements of the playoff hopefuls, there will also be individuals and teams who know their seasons have a pretty firm expiration date on them.

Regardless of the scenario, there’s an underlying race for the statistical leaders in each category and below we’ve laid out the current leaders at the halfway point of the season. Usually, the only category that really gets talked about is the scoring champ, but we find the other categories just as interesting. Read more after the jump.

Russell Westbrook currently leads the league with 31.3 PPG and doesn’t look like he’s slowing down any time soon. There aren’t quite many other offensive options on his squad so there’s no reason to believe he’ll be relinquishing his shot attempts to teammates such as Roberson or Sabonis. 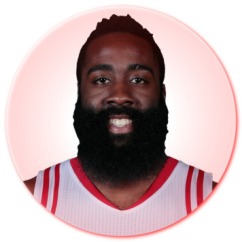 James Harden has a hold on the assists category with 11.3 APG. Harden has flourished as the primary point guard for the Rockets this season and coincidentally, the Rockets have flourished as well. The D’Antoni offense is perfectly suited for James Harden running the show with a cast of more than capable shooters at his arsenal, including the newly minted NBA Three-Point Champion Eric Gordon.

With the exception of every year except his rookie season, DeAndre Jordan has held this category on absolute lock. At the midway point of this season, Jordan is on top shooting nearly 70% per game. Obviously his percentages are a bit skewed seeing how the majority of his buckets are dunks and putbacks; it’s pretty hard to miss those.

If Jordan keeps his percentage up for the remainder of the season, he’ll be only second to Wilt Chamberlain for the highest field goal percentage in a season when Wilt scored at a 72% rate in his final season with the Lakers.

Hassan Whiteside is grabbing 14.1 rebounds per contest, edging out the usual suspects in Andre Drummond, DeAndre Jordan, and Dwight Howard. Whiteside has been vital to the streaking Miami Heat as of late and his rebounding and other lesser spoken intangibles serve as the driving force for the energy and tenacity on the glass and defensive end. 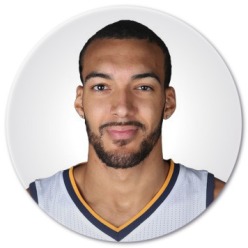 Rudy Gobert is stamping his name as one of the best center’s in the league this season and part of that ascension is his league-leading 2.49 blocks per game. Gobert is extremely long and probably alters just as many shots as he actually blocks. He’s stepped up as the perfect anchor for the Jazz‘s defense and should be a viable force in this category for years to come. Anthony Davis is right on his tail in terms of the season leader in blocks and it seems like it’ll be a two-man race for the title.

So far, this year’s top thief is none other than Draymond Green, although at an extremely slim margin to John Wall. Green currently leads the league with 2.09 steals per game as he makes his push for the Defensive Player of the Year, while Wall is currently propelling his team to a fantastic playoff push after a dismal start to the season. The fact that Green is in the conversation for this category with a point guard speaks to his ability to get into the passing lanes and wreak havoc for offensive opponents. 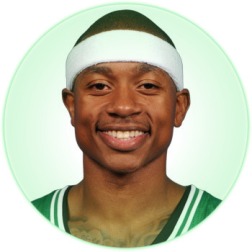 Steph Curry, Paul George, and Isaiah Thomas are all neck and neck as the league leaders of free throw percentage with a deadlock of 91%. However, the true leader in this category is Thomas, as he has attempted approximately 200 more free throws than Curry and George. It’s uncanny his ability to get to the line with such a small stature amongst all the trees that usually patrol the paint. His meteoric rise is reminiscent to how Iverson used to draw so much contact and consistently boost his scoring averages with a healthy dose of free-throws per game.

Otto Porter Jr leads the league in not only 3-point field goals made but also 3-point percentage. He’s been integral to the Wizard‘s rise in the Eastern Conference standings and if he keeps up his dangerously accurate shooting, the Wizards are going to spoil a lot of playoff hopes this season. 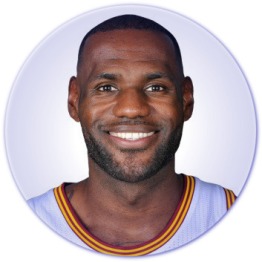 LeBron is only second to Kyle Lowry for MPG by a margin of half a minute, but he’s actually 8th overall in total minutes played this season. Regardless, the major takeaway from this is LeBron has an insane amount of miles piling up on his body and his minutes enclave should be hedged towards the playoffs and not the regular season. People make a fuss about his age (32) but ironically, the current league leader in minutes per game, Kyle Lowry, is only two years younger then him. So the issue really isn’t age, it’s the countless number of playoff and final appearances LeBron has participated in. His seasons typically run from September (training camp) to June (finals).

Since KD‘s departure, Westbrook wields the sole reins of the Oklahoma City Thunder. With this newfound responsibility, it has also increased his production tenfold; Westbrook currently sits atop the league with 27 total triple doubles; the closest player to him is James Harden at 15.