Sizing up the Pacific Division… 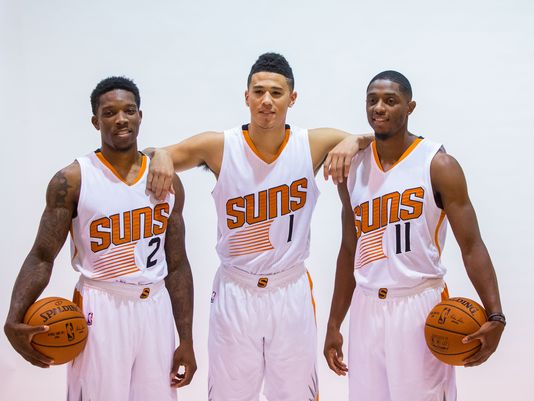 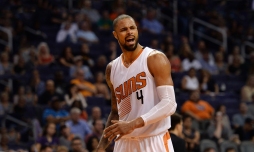 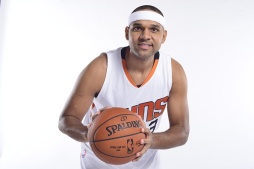 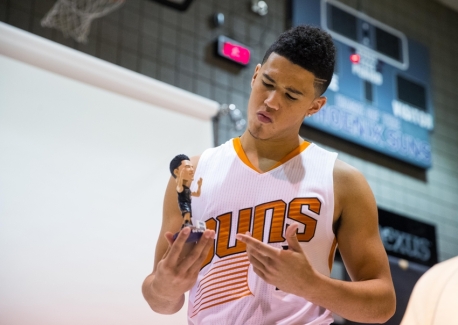 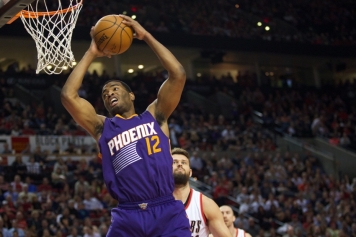 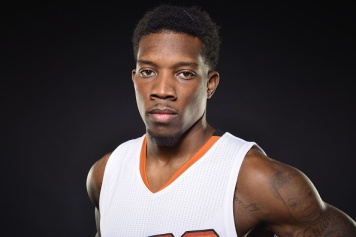 For another year, Phoenix is best described as ‘guard-heavy’ – led by former Kentucky Wildcats Eric Bledsoe, Brandon Knight & Devin Booker, the Suns will lean on strong backcourt play to lead the charge.

Booker, in particular, is an All-Star candidate as Earl Watson’s featured player. As a 19-year old rook, Booker earned All-Rookie honors while showcasing takeover ability and advanced PnR ball-handling. But at the same token, he’s young – it’s hard to predict if Booker is ready (he is) to become the face of a franchise.

No, Phoenix isn’t a playoff team in 2017 – but it won’t be wasted season. Suns’ brass will continue to monitor the development of players like Booker, Bender & Chriss, as well as Coach Watson’s ability to maximize their potential.

Undisputed X-Factor: Marquese Chriss • PHX swung for the fences by trading for promising Freshman Marquese Chriss last June. Chriss is only 19, so he still needs to improve his range, settle in on defense, avoid fouling at a high rate.

But thus far, it looks like his raw basketball ability might win out – Look for Chriss to contribute early and eventually challenge for All-Rookie honors. 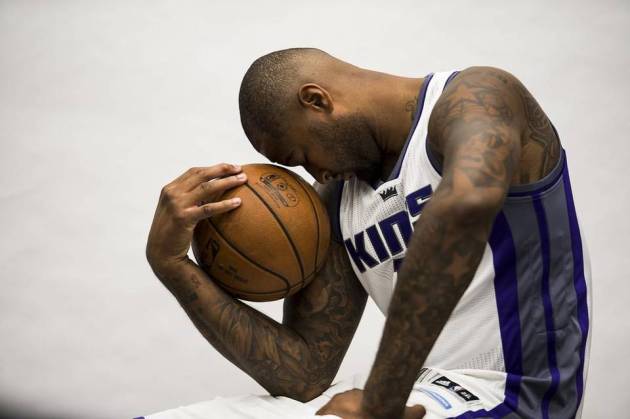 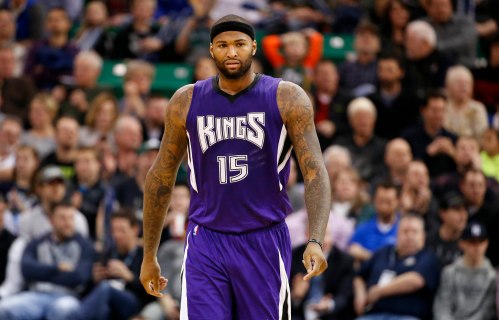 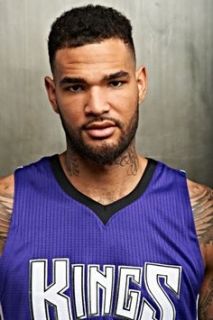 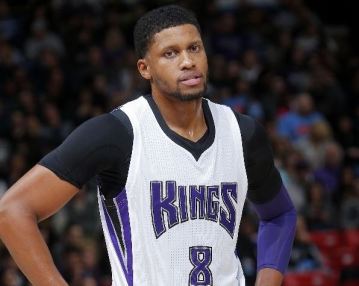 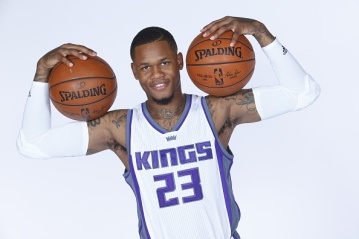 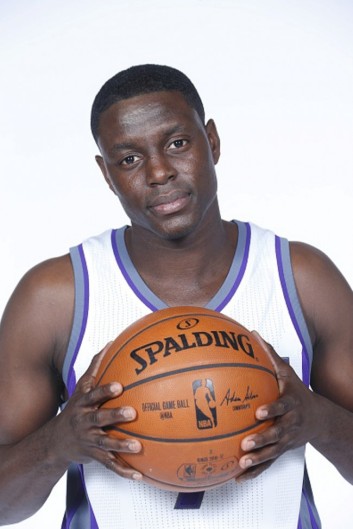 The Sacramento Kings…will usher in a new arena (that’s about it)?

When they actually start playing, however, not much has changed from last season.

Here’s one ‘wild card’ narrative to follow if you’re a Kings fan:

A Gold meal is a Gold medal, no matter who’s on the team or who’s your opponent. Surrounded by fellow All-Stars for 2 months (and recent champs in Green, Thompson Barnes, & KYRIE), maybe Cousins comes back more motivated, focused on sacrificing a bit of his game for the betterment of Sacramento.

Honestly, even if he were to ‘sacrifice’ (whatever that could mean on a team that won 33 games a year ago), it wouldn’t make a difference on this roster.

If you don’t buy into that narrative, there’s not much else to say! (Rudy Gay probably agrees)

Keeping Cousins happy will be difficult through another (potential) losing season. Dave Joerger is coach #6 for Boogie…let’s hope for the best.

Cauley-Stein isn’t a natural fit next to Cousins since he doesn’t stretch the floor but look for Joerger to find a role for WCS. 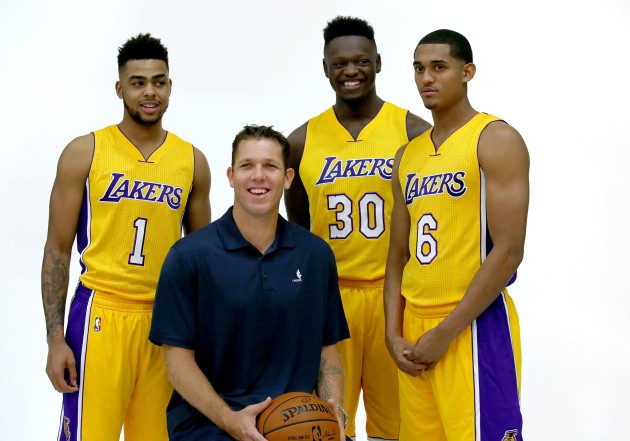 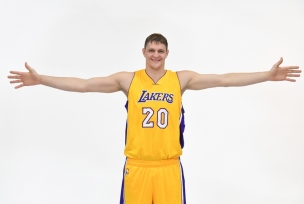 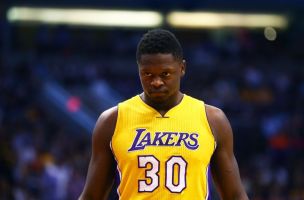 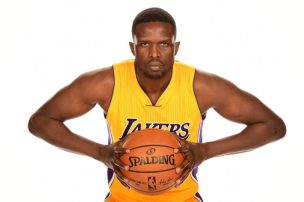 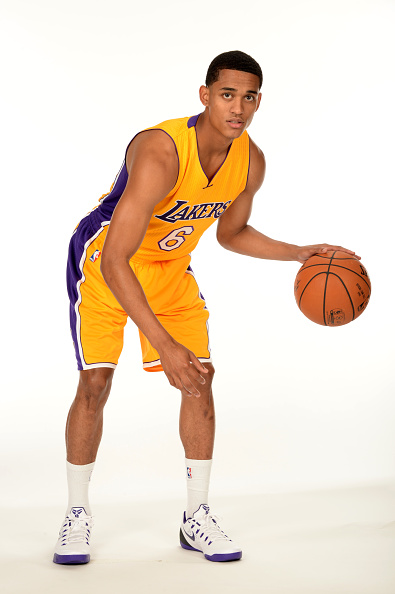 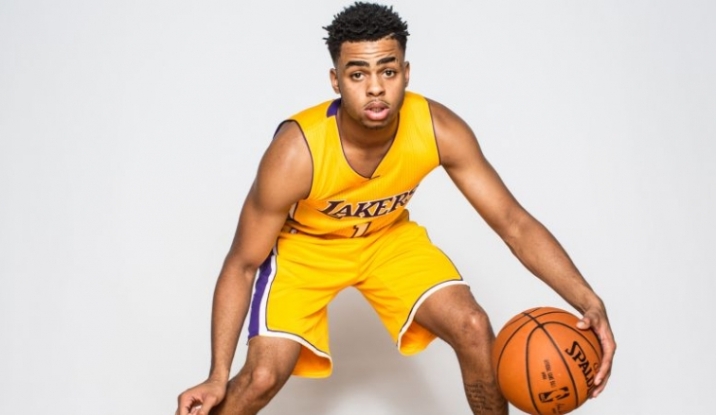 The Los Angeles Lakers…will do better than you think in 2016-17.

No one is picking the Lakers to challenge for a playoff spot. But here’s why that isn’t a good idea.

D’Angelo Russell, Jordan Clarkson, Julius Randle & newcomer Brandon Ingram is one of the league’s best cores. Built through the draft (Clarkson was acquired via draft-day trade), LA’s four building blocks are like a lottery simulation: you don’t know which one will hit and when.

After this preseason, it’s fathomable for Russell to avg. upwards of 20 points & 7 dimes/night – his patience/ability to probe is rare, his shot is quick (hard to guard), his vision is advanced. Can he set the flow of games & lead his teammates every night? That’s the toughest task for any young point guard.

After this preseason, it’s clear Clarkson could be a key difference-maker if he graciously accepts a Sixth Man role (and raises his 3-pt. percentage too of course)

After this preseason, it’s clear Randle could challenge for this year’s rebounding crown. And his offense? Just have him push the break (w/ Russell) & give space for him to faceup near the elbow.

After this preseason, it’s clear Ingram…needs some time. He won’t start, which makes sense – kudos to Luke for making him earn it while realizing Luol Deng is always dependable, an excellent alternative – but how will he adapt to a lesser scoring role?

…And after this preseason, it’s clear Luke Walton is a natural basketball mind, understands personalities, could instantly have a 100% net positive in terms chemistry & flow.

How did I come to this conclusion? Luke incorporated near-castoff Nick Young back into the rotation. How many other coaches (especially newcomers trying to rack up wins and impress mgmt) would just send Young packing w/o thinking twice? A lot of them.

Granted, Young has made Luke look like a genius so far, knocking down treys (like old times) en route to a (possible) OPENING NIGHT START.

Any (or none, I guess) of these guys could ‘hit’ in 2017, producing an All-Star berth, MIP/ROY/COY campaign or *whispers* late-season playoff push? The latter is a dream, however achievable it may be.

Undisputed X-Factor: Jordan Clarkson • Luke Walton plans to bring JC off the bench, at least to kick things off. In Year 3, Clarkson will try and build upon his early rep as a shot creator and scorer.

To do so, he needs to develop more patience handling the rock & lock in from downtown. 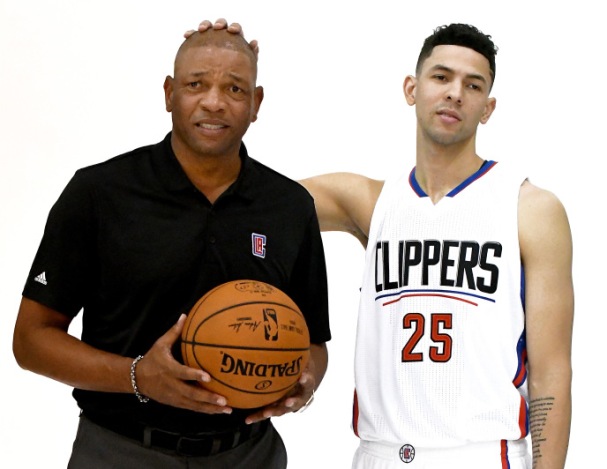 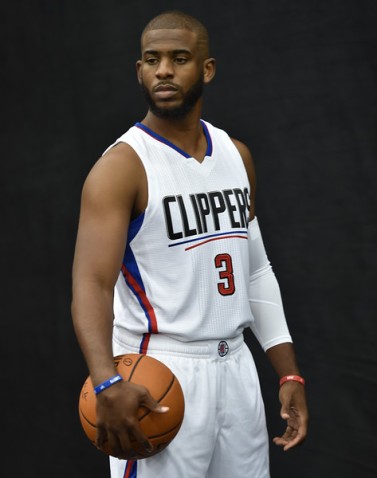 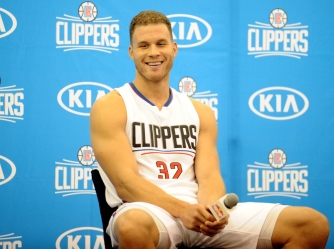 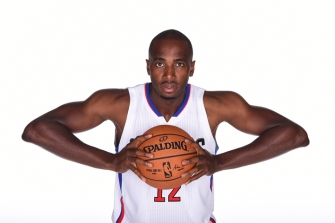 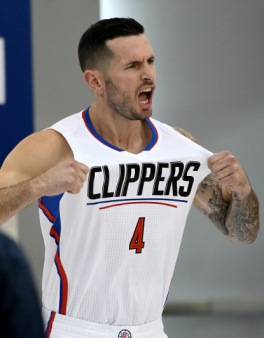 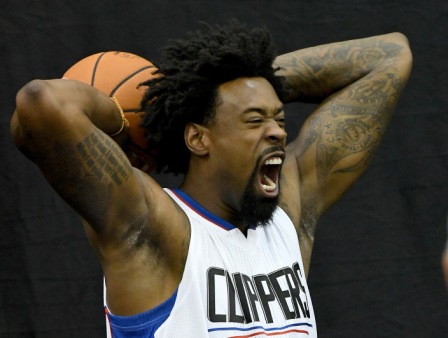 Hear me out for a sec…

The Clippers, similar to Dallas a few years ago, are not a popular pick to win it all. And how could you confidently pick them considering Golden State just got KD and LAC’s stars have bad luck w/ injuries.

So for Doc Rivers, his group kinda needs to coast, get that 3 seed and try to stay healthy come playoff time. Because if the Clippers are in the right position (2-3 spot in the West), they can reach the NBA Finals.

Yes, you read that correctly. Finals.

LAC is one of the few teams that could somehow shock the Dubs in a 7-game series. GS has difficulty contending w/ the ultra-athletic front line of Blake Griffin & DeAndre Jordan – can LAC bank on its size advantage come postseason?

But something needs to be done at small forward. Why is that the glaring lineup issue every season? Free agency, trades, draft, undrafted rooks, training camp invites – there’s so many ways to acquire SFs.

Don’t get it twisted, the incumbent (Luc Mbah a Moute) is a vet and will hold it down, keep things steady. But to get over the hump, LA might need a midseason trade or get creative w/ three-guard sets – CP3, JJ, & Austin Rivers, anyone? No? Ok.

Time is running out on this rendition of the ‘Artists Formerly Known As…Lob City.’

Is this a grand finale for CP3 & Blake?

Undisputed X-Factor: Austin Rivers • Rivers is LAC’s X-Factor because of his defensive potential – on offense, Rivers doesn’t need to create as much next to iso-master Jamal Crawford.

Rivers is one of the league’s better reserve defenders. Can he steal some minutes and force Doc to play three-guard sets in 2017? 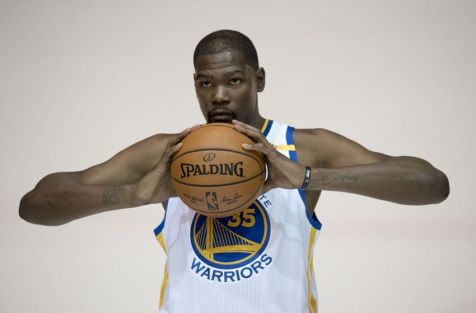 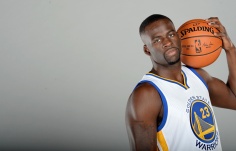 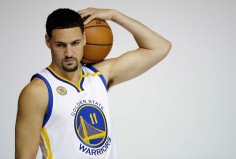 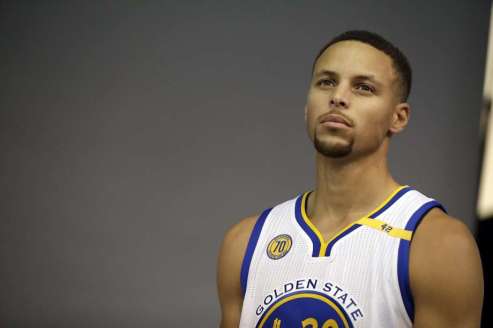 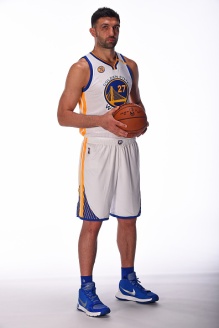 The Golden State Warriors…gave us the best regular season of all-time before relinquishing a 3-1 lead in the NBA Finals.

When the season tips off later tonight, it’s old news. The focus has shifted towards recapturing the Larry O’Brien trophy with a new superstar helping lead the way.

Kevin Durant was the biggest free agent splash since, well, LeBron returning to CLE a couple years ago. Golden State has 4 All-Stars in its starting lineup; there’s a million combinations Coach Steve Kerr can utilize to maximize playing small, spreading out & forcing you to defend the three-point line.

While defending triples is a big issue for most teams (especially the bad ones • Dubs will run roughshod on “lesser-thans” in 2017), Golden State can beat you w/ either of its All-Stars – it was hard enough preparing for the unique stylings of Stephen Curry, Klay Thompson, & Draymond Green alone; inserting KD into this lineup guarantees a few new records offensively.

At the end of the day, Golden State is expected to win 70 games and take home the title. It’s not an easy thing to deal with – we’re not sure how/if these record-setting regular seasons affect the team’s psyche. It’s hard not to feel an aura of invincibility when you’re dubbing teams every game.

The mental aspect of basketball (staying ready, not playing down to competition) is Golden State’s biggest hurdle from at least returning to the Finals. If healthy & focused, not many stand a chance to beat them (in a 7-game series) out West.

THE most adaptable role player in today’s NBA, Iggy will play w/ one (or two) of GS’s All-Stars at all times. He’s the glue that holds everything together in Steve Kerr’s ‘death lineup’.