Burning Question: Does Miami have enough shooting to go deep in the playoffs?

Miami’s lineup does not feature a single “sharpshooter,” just a collection of average-above average three point threats. Right now, newly-acquired Gerald Green is the best option available. They ranked 24th in 3-point shooting a year ago and played at the second slowest pace in the league.

Coach Erik Spoelstra has expressed a desire to get out and run more often, which could lead to better looks from downtown.

Now this is the squad Pat Riley envisioned having in the post-LeBron James era. Last year was more of a trial by fire period, which was mired by injury/health issues across the roster. In the midst of a “lost” season, however, the Heat unearthed a hidden gem (Hassan Whiteside) and swung a deal for a talented floor general (Goran Dragic).

Along with Dwyane Wade, Chris Bosh, and Luol Deng, Miami has one of the most complete starting lineups in the league. Just like that, their sights are now on re-capturing the Southeast Division crown and contending for a championship.

Are they legitimate threats in the East? Absolutely.

Wade played extremely well (avg. 21.5 points & 4.8 assists/game) a season ago and was money during the fourth quarter all year long. Yes, AA Arena is still Wade’s house and he continues to justify each All-Star selection. You know the point where certain players (ahem, Kobe Bryant) are awarded entry into the Midseason Classic via an unofficial “Lifetime Achievement” stipulation?

D. Wade is NOWHERE near that point. Dazzling finishes and tomahawk flushes are not as prevalent, but Wade knows, and accepts, his few limitations.

He’s reinvented himself as a scorer in the post and makes his mark in almost every single area. Alongside him, in the backcourt, Goran Dragic gives the Heat a new dimension on the offensive end. There will be countless high pick and rolls between Dragic/Wade and Bosh/Whiteside.

As long as Deng and the others knock down enough shots to maintain spacing, Wade and Dragic will have plenty of room to maneuver and make plays. After experiencing a serious health scare (blood clots) last season, expect Bosh to play with a clear mind…a scary thought for the rest of the conference.

Prior to his absence, Bosh re-adjusted to his role as a Top DOG and performed well next to Whiteside. Not only has Bosh looked great so far this postseason, he is afforded the luxury of playing less minutes since the Heat can go small (Deng at the four, Justise Winslow/Gerald Green at the 3, etc.) or plug in a veteran big (Amar’e Stoudemire, Josh McRoberts) to spell him for long stretches of time.

From top to bottom, Miami is loaded with talent. And, most importantly, they have the star power, veteran leadership and experience to go deep in the postseason.

Miami’s greatest challenge will be staying healthy, an overarching narrative which defined their 2014-15 season.

Fingers are crossed on South Beach. If a few (good) breaks come their way, D. Wade and the gang could hoist the Larry O’Brien trophy for the third time in five years. 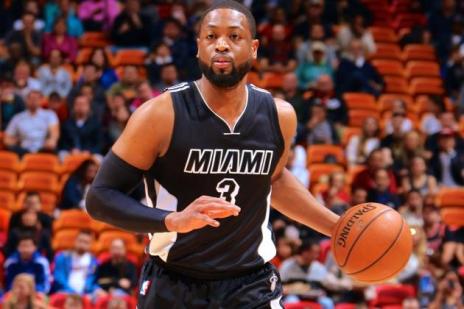 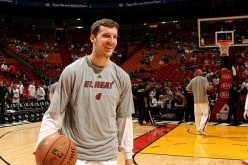 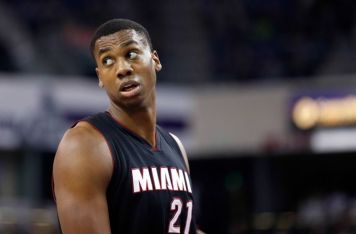 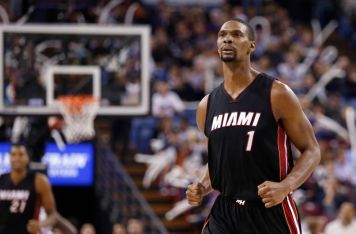 -The Heat have a logjam at the 4 and 5; Stoudemire and “Birdman” are Whiteside’s primary backups but should see playing time together in certain lineups; McRoberts adds playmaking and shooting at the 4

-Winslow and Richardson, the two rooks, have impressed on the defensive end during training camp and preseason; Winslow has a clearer opportunity for consistent minutes and is an All-Rookie candidate

Chris Bosh, Goran Dragic, Josh McRoberts, Justise Winslow, AND Tyler Johnson all shop at The Leftorium. What an oddity!

Not only does Miami feature five left-handed players (which has to be some sort of NBA record), they each play different positions.

Seriously, that five could have challenged for the eighth seed in the East last season. Coach Spo is never afraid to mix it up and create innovate combinations. This lineup could be really, really fun if it’s featured for more a few short stints once the regular season rolls around.

Hassan Whiteside’s “D-League to glory” story is well known at this point but let’s be real…he is far from a one-hit wonder. Some guys just have trouble figuring out how to adjust to the NBA, especially as a second-rounder fighting to prove himself each and every day.

It was just the perfect situation for Pat Riley and Whiteside in Miami: a talented, yet overlooked player looking for a stable NBA home meets a legendary basketball mind allergic to playing it safe. Now, Whiteside is a franchise cornerstone at center and will be instrumental to Miami’s success.

Though he needs to work on staying under control and developing a more reliable jumper, the skills are there:

Miami’s Worst Case Scenario: The Heat are fragile, combust internally and stumble to a first-round loss.