Burning Question: How soon until Anthony Davis is a top 3 player in the NBA?

Davis is on a fast track to superstardom already. He was a standout player for Team USA this summer, was one of only five players to average 20 and 10 last year, and is one of the best defenders in the league.

It is scary to think how good Davis will become, especially considering he’s barely old enough (21) to legally buy drinks.

New Orleans was singing the blues all last year as they dealt with a variety of different injuries. If you want to see a case of a young team being absolutely devastated by injuries, look no further: Anthony Davis, Ryan Anderson, Eric Gordon and Jrue Holiday missed a combined 141 games in 2014-15.

For a team with so much promise entering the season, everything came crashing down before the Pelicans could get going. On paper, they have tremendous talent. Jrue Holiday was named an All-Star in 2013 and is a very explosive player when he’s healthy.

The Pels traded the rights to Nerlens Noel (2013 1st-rounder) for Holiday, so you know Jrue is a valued commodity around the league. Eric Gordon and Tyreke Evans are also key players on the roster who can light up the scoreboard. But in 2013-14, Gordon struggled with inconsistency and injury concerns. 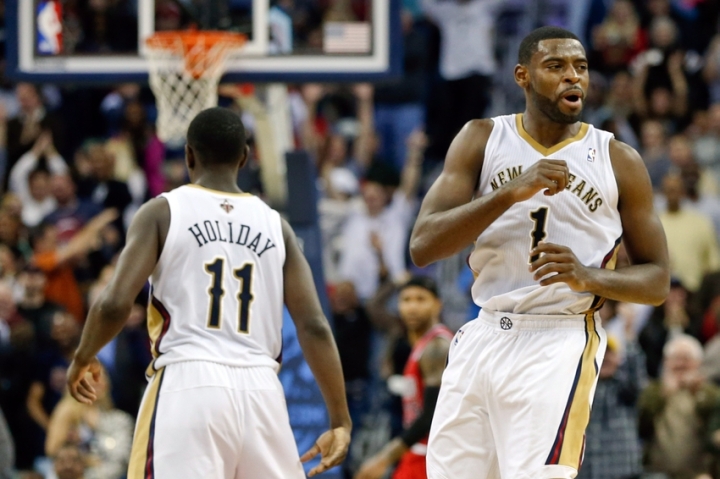 Evans played well (averaged 14.5 pts & 5 assists) but Coach Monty Williams could not incorporate him into the lineup effectively. And let’s not forget Ryan Anderson, one of the league’s top stretch fours, and newcomer Omer Asik…Both of them will play big minutes in the froncourt alongside superstar Anthony Davis.

Yes, we’re calling Davis a superstar already, even prior to his third NBA season. In year 2, Davis was absolutely spectacular. With a stronger frame and better feel for the game, AD produced a few killer nights, including a 40-point, 21-rebound effort against the Boston Celtics on March 16th.

After raising his scoring average from 13.5 to 20.8 last year, Davis figures to make another huge leap following an impressive run with Team USA this summer. You heard it here first: by the end of the season, Davis will be the second best player in the ENTIRE NBA.

In the West, however, Davis and the Pelicans will have an uphill climb making it to the postseason. To do so, they’ll need luck staying healthy, must become more consistent scoring the ball, and they have to get nice production off the bench from guys like Austin Rivers, Jimmer Fredette and John Salmons.

Witnessing Anthony Davis’ first playoff series would be very exciting. But don’t hold your breath, the Pels are at least a year away from that happening. When it does occur, the tunes will even funkier on Bourbon Street. 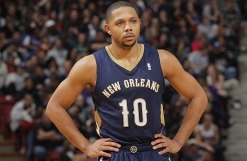 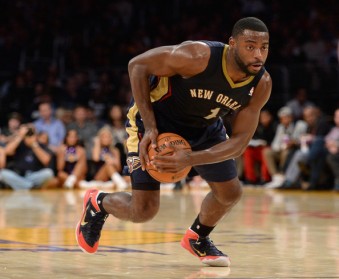 Charlotte Pelicans, New Orleans Hornets??: New Orleans is a relatively “unknown” franchise. If you ask the average NBA fan to name 5 players on the squad, most of them will be hard pressed to do so. Either they mix them up with current Charlotte Hornets or simply forget, it’s not an easy thing to do.

So we’ve decided to help you out a bit! 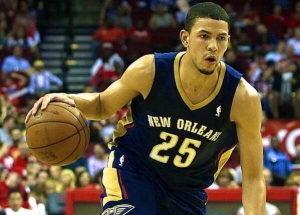 Have a breakout year– Austin Rivers. Yes Austin, Doc Rivers’ son, is poised to have his best year yet. The former High School Player of the Year and freshman sensation at Duke has had a rough transition to the league the past couple of seasons.

With a new approach, an improved jumper and tireless work ethic, Coach Williams will give Rivers plenty of opportunities to break out. 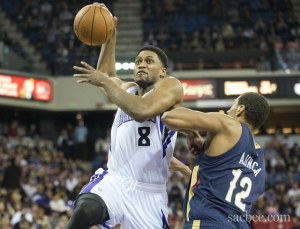 Get posterized– Alexis Ajinca. Ajinca is not exactly the most graceful player around. At 7’2, 248 pounds, Ajinca tries to defend every single shot at the rim. Sadly, this means he’s also a prime candidate to be on the other end of vicious throwdowns.

Receive the “Tim Tebow” treatment– Jimmer Fredette. First off, Delay of Game loves Jimmer Fredette. He’s a talented player who hasn’t always been given the chance to showcase what he can do in the league.

But with his former status as a college All-American and all-around “nice guy” persona, comes intense media coverage. If Fredette goes on a tear in New Orleans, we could see a scaled down version of “Linsanity” in the bayou.

The Young Ones: Despite not having a first-rounder in either of the previous two drafts, the Pelicans are a team with an extremely bright future. GM Dell Demps has stockpiled young talent the past few years, both via trade and free agency.

Right now, the only two players aged 26 or older are John Salmons and Omer Asik. Making the playoffs should be definitely be the goal this for this season…but internal growth from Davis (21), Gordon (25), Rivers (22), Evans (25), and Holiday (24) is perhaps even more important.

F Ryan Anderson: Contrary to popular belief, Anderson is not just a spot-up shooter. Of course he can knock down shots (41% from deep) but he also rebounds (averaged 6.5 in 2014) and puts up buckets at a high rate.

If he stays healthy (missed 60 games due to a neck injury), Anderson is an excellent mid-round selection for points, threes and shooting percentage.

Worst Case: Injuries strike again, the bench is inconsistent, New Orleans misses the playoffs once again and wonders why the hell they are in the Western Conference!